You can order my book through: 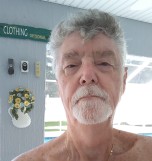 Thanks for stopping by. My name is Ken Vickery. Have a look around my website, learn about my book and get to know me. If you want to drop me a line you can always write in the Guestbook or drop me an email using my Contact page.

Are you ready for what is going to happen in 2025?  Do you think you can change to accept others and yourself for who you really are?  Can you really allow yourself to be you? Will you be one of the people going naked in public?  It will be acceptable like it already is in Vermont and Seattle, Washington. Check out what I see is coming soon in 2025.  It'll be here before you know it!

Parents, do you need a way to enter into conversation with your children about the human body and sex.  This book might just be your means to start a conversation.  Help your child to accept his/her body and all its functions as normal and not shameful.  Free your child to talk with you about anything!  There is no need for hushed or beating-around-the-bush discussions about anything.  Help him/her grow up respecting you, himself/herself and other persons as well.  Your openness might just save your child from many heartaches and health problems in the future!

2025: Five Days in Paradise is seen as a blissful time of world peace and personal acceptance, a society void of violence, hate, and inequality.  But how did things come to be this way in such a short 13-year period of time?  Read about it in Kenneth V. Vickery's fascinating novel, 2025: Five Days in Paradise.  First released in August 2012 by Bryce Cullen Publishing with the title Let's Git Nakid, it is being re-released under a more descriptive and less provacative title.

This book is designed to encourage the reader to think about their own beliefs and resulting behaviors. Since we were all "handed down" what was acceptable in whatever community we grew up in, when we grow up, we have to choose what we want to believe and how we want to live.  Will we be a copy of those persons who came before us or around us now or will be be ourselves, be who we truly are.  Do we have the courage to be different, to be the person who is finding herself and growing all the time?  Or just be a carbon copy of others?

Shortly after my book Let's Git Nakid was published, I recorded a summary video for Youtube on November 11, 2011.  I've learned many things since then but I haven't updated my Youtube video.  You may jump to this 8-minute summary by clicking here: 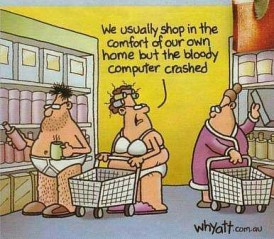 Last Update was in August 2022

I will try to keep y'all up to date with things appearing in the news, things which I addressed in my book.  You can also share with the rest of us the things you have seen in the news which are relevant to my book.

Go ahead and see for yourself.  Check back often!  Click updates or on the Updates tab above.